Creating architecture within somebody elses architecture can be a schizophrenic undertaking. What to do with a legacy of mediocrity? The departure point is promising though: a 300m2 house next to a 200m2 patio, a proportion atypical for Amsterdam. What if we could keep this relationship between inside and outside, but divide it more evenly over the plot?

The design aims to do just that. By creating four fat walls the floorplan is divided in strips, creating a series of rooms that each have an exterior counterpart. Each wall is made of a single material and spans the entire width of the building. On the inside they house an array of serving spaces such as bathrooms and cabinetry.

At least, in theory. This was not an empty canvas, so it played out a little different: massive construction beams, unreasonable shafts, impractical facade openings and overall different taste were just some of hurdles to overcome on the way to ‘the perfect conceptual design’.

But instead of the usual tactics we opted for a different approach. Rather than fighting, denying or covering up these unwanted elements, we chose to embrace them. Suddenly, exiting possibilities opened up: shafts inspired new form language, clashes were celebrated and toilet pipes changed into modern day ornaments. 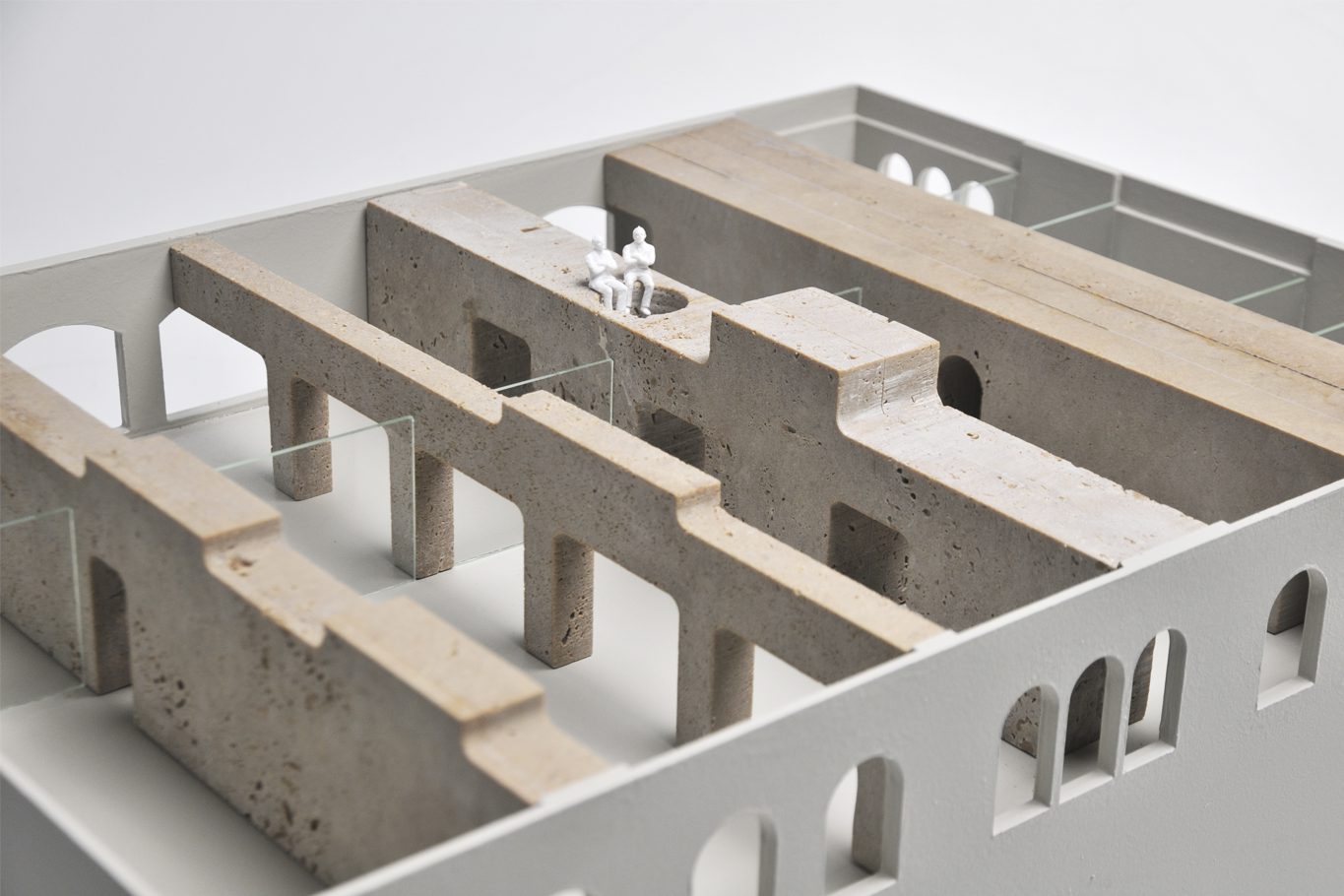 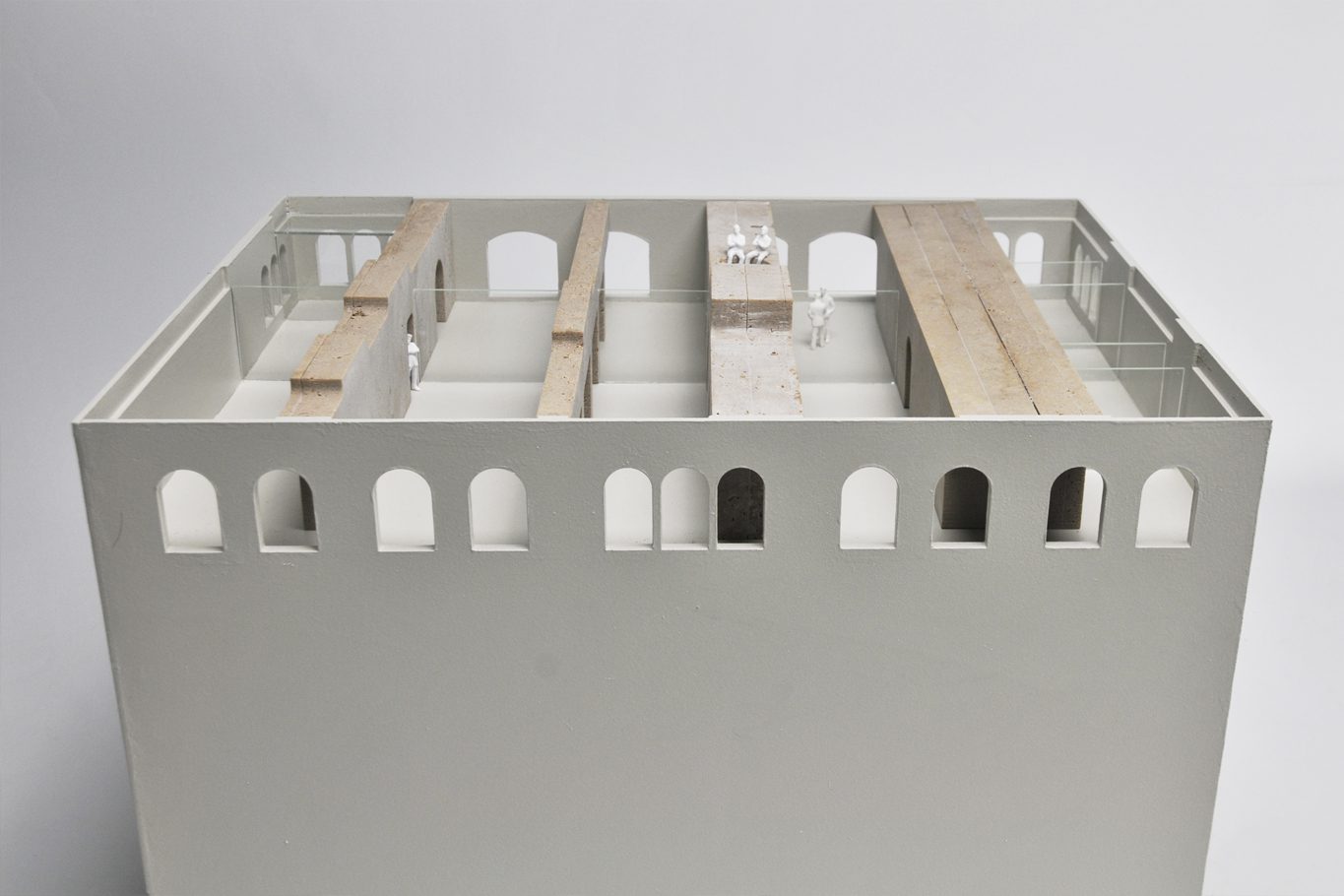 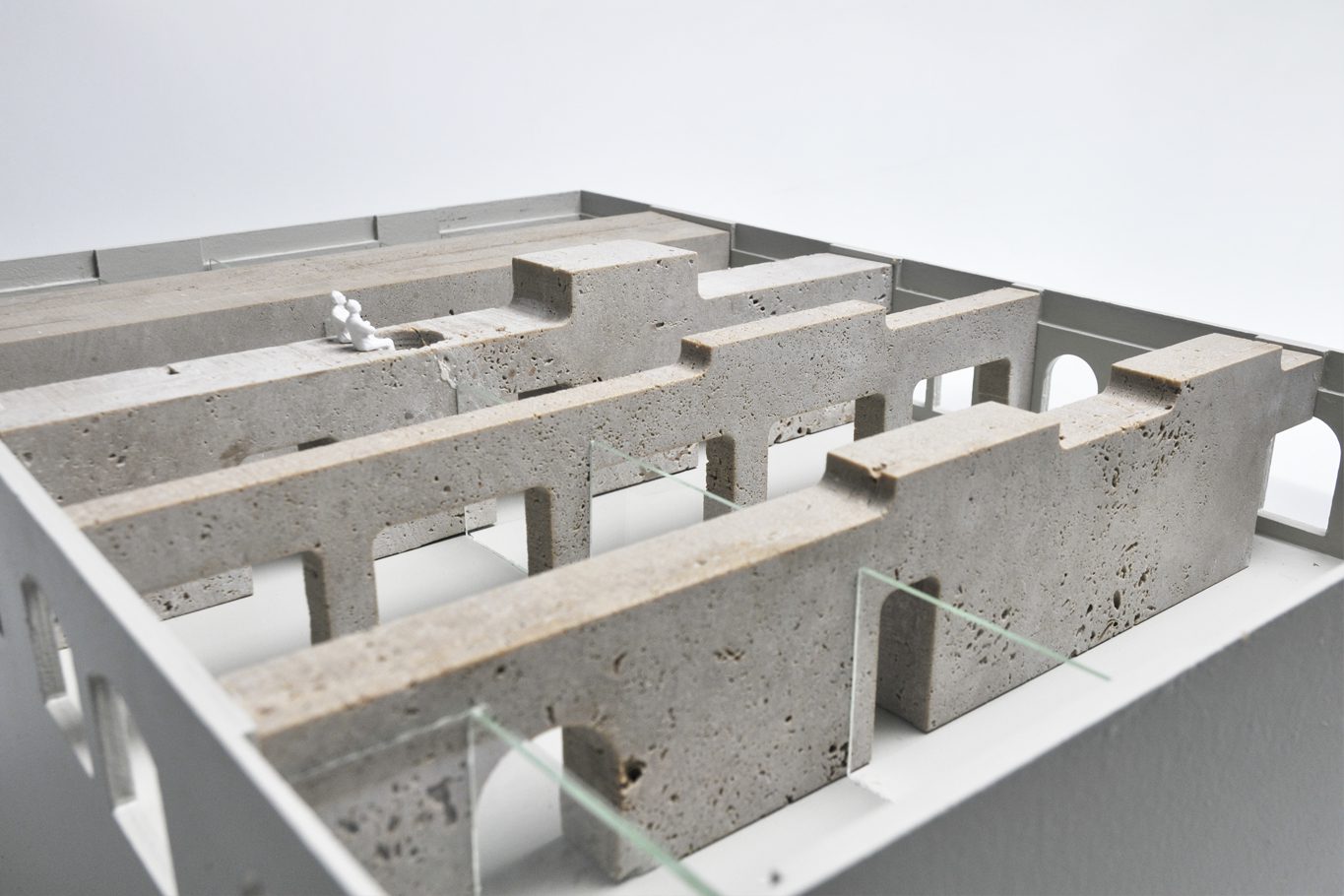 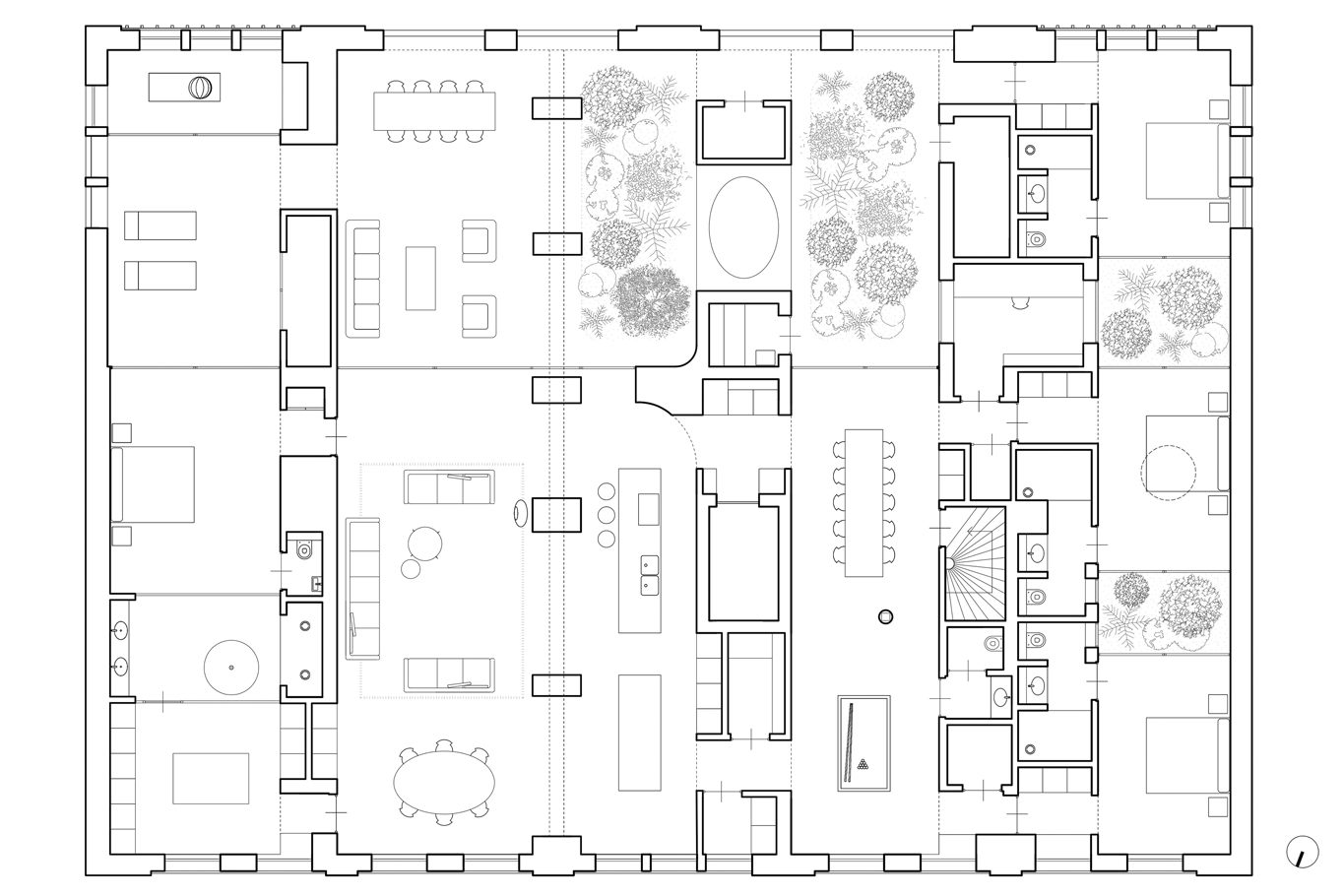